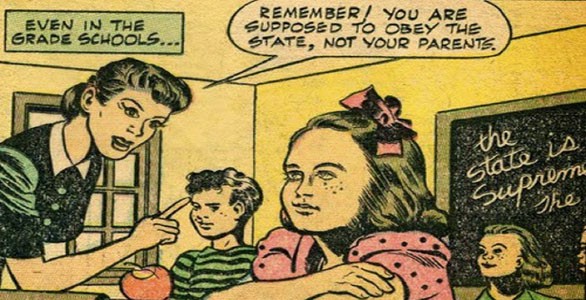 So if you have listened to my Podcast The Expat Money Show for very long you know I am a bit (a lot) against traditional education, and by that, I mean government-run schools…


This week I have been reading Weapons of Mass Instruction by John Taylor Gatto.


He was a school teacher for thirty years winning “NY Teacher Of The Year” multiple times and a whole host of other accolades that you can read about on his blog.

During his time in government-run schools, he became massively disenfranchised with the educational system and what they stand for.

After he quite (his resignation letter is hilarious by the way) he went on to write a bunch of #1 best selling books about the education system and became a massive proponent for the homeschool and unschooling movement.

Which is exactly the way I choose to raise my daughter.

When I was growing up I always felt there was something wrong with the system; as far back as I can remember I rebelled against school and authority. It’s taken me years to come to terms with what I experienced as a child…

And this book just put a couple more pieces into place for me that I thought I would share with you.

In Weapons of Mass Instruction John Taylor Gatto talks about one of the objectives of school is self-alienation and the methods that are used to accomplish this.

I could not read, spell or write until at least grade 4 or 5; the rote learning method of teaching me was a nightmare… I ended up learning to read through phonetics.

In grade 4 they took me out of my neighbourhood school and shipped me across town to a “special school” where I would get extra help.

The only problem was that it was actually not a special school, it was a special class right in the middle of a normal school. John talks about this as a form of eugenics; by shaming, embarrassing and alienating kids they weed out the hope of them being accepted into society and eventually procreating.

Well, I went to this special class for 3 years. Every day I was made fun of, picked on and humiliated so bad that I would come home with tears in my eyes.

My only saving grace of not getting bullied was that when someone would try something with me, I would punch them in the head and they would never try to touch me again. I would not be exaggerating if I said I was in more than a hundred fights during my school days.

When I returned back to “normal” school with my old neighbourhood classmates not much had changed and not much got better for me, it was just a new group of people who knew what had happened to me and a new form of humiliation from my peers.

By grade 7 I started failing out of school, by grade 9 I barely attended and by 15 I had officially dropped out.

My entire life I felt like it was my fault, that there was something wrong with me, or as my teachers would tell me in our meetings at school “Mikkel there is something wrong with your brain, it doesn’t work the same way as others” I can not think of anything more alienating you could tell a small child to make him feel alone. 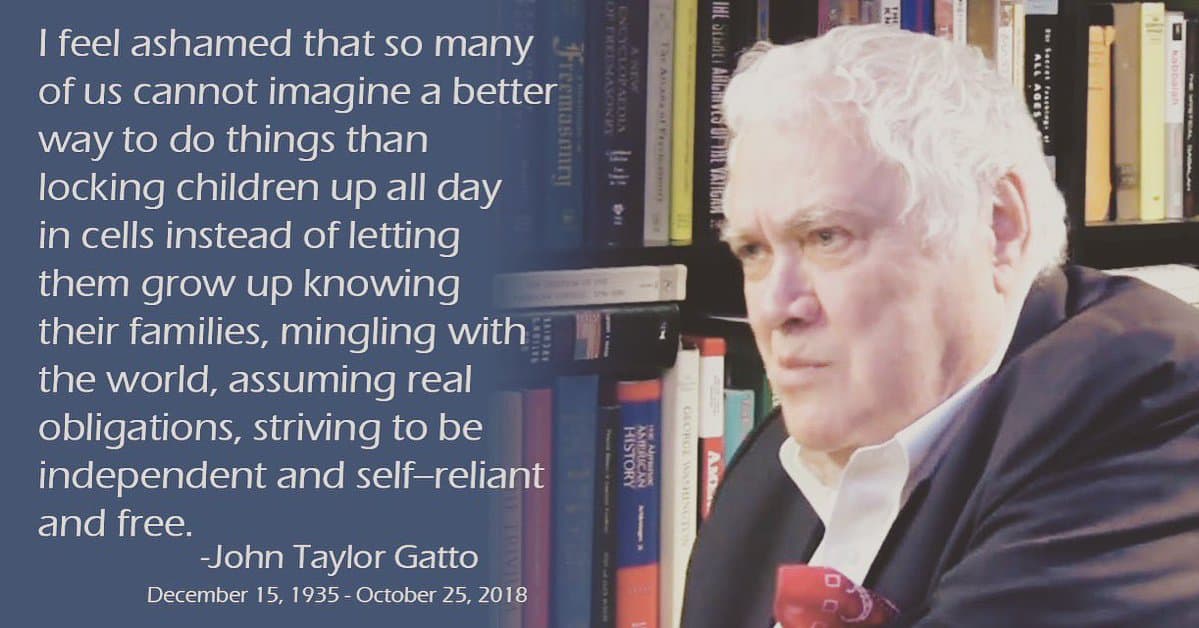 But while reading John Taylor Gatto’s book I can see that this was all premeditated by the system. Things are set up to happen like this. School is not for learning, it is for moulding a population into something manageable by governments. If they can’t mould you they don’t want you.

That’s why I feel very fortunate that I had the courage to stop attending school as early as I did. There was a lot of pressure from society to stay in that hell-hole but it was not right for me and even at 12 years old I knew this and was on my way out the door.

I consider myself an autodidact, I don’t believe I learned one useful thing in school and I took my education into my own hands from a young age.

Now that is a real education; no memorizing facts and figures from a blackboard so they can use standardized tests to tell me my worth!

I know who I am and what I can accomplish and I have faith in myself and my abilities.

Read Weapons of Mass Instruction and see what realizations you have from your own experiences in government-run schools.

And if you want to know some of the best things I have learned in my 20 years living overseas as an Expat, building a business, investing in nontraditional assets and all the while paying ZERO income tax then pick up my brand new book Expat Secrets on Amazon today.